The Indiana Football Coaches Association released its All-State selections for each class this week.

Martinsville, Mooresville and Decatur Central battled throughout the football season and all three teams have something to show for it. The Artesians and Pioneers both landed two seniors and one junior on the IFCA All-State teams, while the Hawks had four seniors recognized.

Leading the way for Martinsville was senior wide receiver Chase Mabry, who shattered both the season and career reception records for the Artesians. He had 98 receptions (140 career) for 853 yards and 12 touchdowns. Mabry was the on the receiving end of numerous clutch catches throughout the season and helped the team reach the Sectional championship game.

Martinsville senior Westyn Pemberton contributed on both sides of the ball, recording 245 all-purpose yards and defensively, he had 137 tackles, 7 passes defensed, 3.5 tackles for a loss, 2 sacks and one interception. He was among the state's leaders in tackles.

Junior kicker Ethan Haenline handled kicking duties for the Artesians again this season. He was 41 of 45 on extra points and 6-of-8 on field goals, with his longest going 36 yards. Haenline pulled doubled duty with the boys soccer team and brought stability to the kicking game for Martinsville.

Mooresville standout receiver Logan Jackson had 53 receptions for 899 yards for an average of 17 yards per reception. The big play receiver also contributed 14 touchdowns for the Pioneers.

Mooresville junior quarterback Nicholas Patterson distinguished himself throughout the season as one of the top quarterbacks in the state. Patterson was 199-282 for 2,790 yards for an average of 270 yards per game. He threw for 37 touchdowns against 7 interceptions. He was also very mobile, adding 82 rushes for 374 yards and seven more touchdowns.

Mooresville kicker Brian Houk was Mr. Reliable for the Pioneers. Houk was 60 for 62 on point after attempts, and 4-for-6 on field goal attempts, his longest was for 32 yards. He averaged 54 yards as a backup on kickoffs.

Decatur Central offensive linemen Brandon Smith and Foster Wertz were anchors on an offensive line that produced a Top 50 All-State player in Javon Tracy and opened holes for fellow All-State honoree Kaleb Hicks. The Hawks ran for 3,176 yards and Smith and Wertz were a part of the success of that line.

Fellow senior Kaleb HIcks had a standout season at running back. The DC senior rushed for 1,307 yards on 139 carries and 15 touchdowns. His longest play from scrimmage was 99 yards and he produced seven games where he ran for more than 100 yards. He nearly doubled his production from the year before.

This article originally appeared on The Reporter Times: Here's who made the Class 4A, 5A All-State football team

Heres who made the Class 4A, 5A All-State football team

Read Heres who made the Class 4A, 5A All-State football team by YAHOO!News 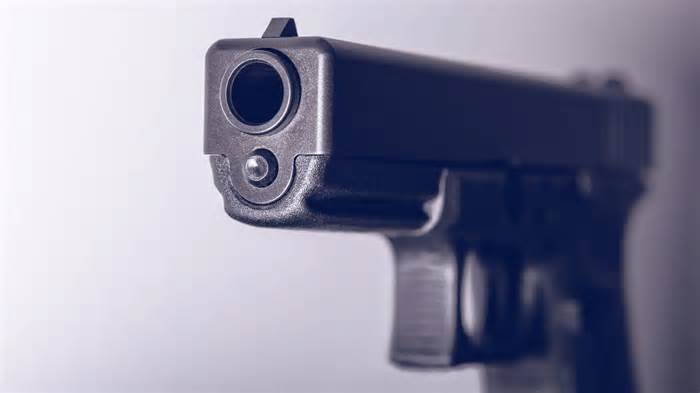